On the 4th December last year I entered the LateRooms #FreeStayFriday Twitter competition. LateRooms run the competition every Friday, it requires you to retweet their promotional tweets and the prize is a night’s stay at a hotel, with a different hotel on offer each week. I’d been entering the competition every week since I started comping again, however this week was different as when they announced the winner at 16:00 I was surprised to find that I’d actually won! This was great as I love travelling both in the UK and abroad and so hotel stays are one of my favourite prizes to win!

The prize was an overnight stay, with breakfast, at the Moggerhanger Park country house hotel in Bedford. The prize had to be redeemed within 3 months and so I decided to book it for the 12th March and thought I’d make a long weekend out of it and come back to London  first on Friday, to see friends and family, and then go to the hotel on Saturday, returning back to London on Sunday and  going back to Glasgow on the Monday morning.

Moggerhanger Park is a Country House and wedding venue.

It is a ‘Grade 1 listed Georgian Historic House set in 33 acres of parkland and woodland. It is recognised as the most complete surviving example of Soane’s work set in stylish grounds and woodlands sculpted by Humphry Repton.’

The first house was built on the site in the 15th century, it was originally called ‘Almonds Farm’ and later ‘Morhanger Lodge’ or ‘Muggerhanger Lodge’, the early building consisted of a ‘double fronted villa about the size of a mid-eighteenth century vicarage.’ 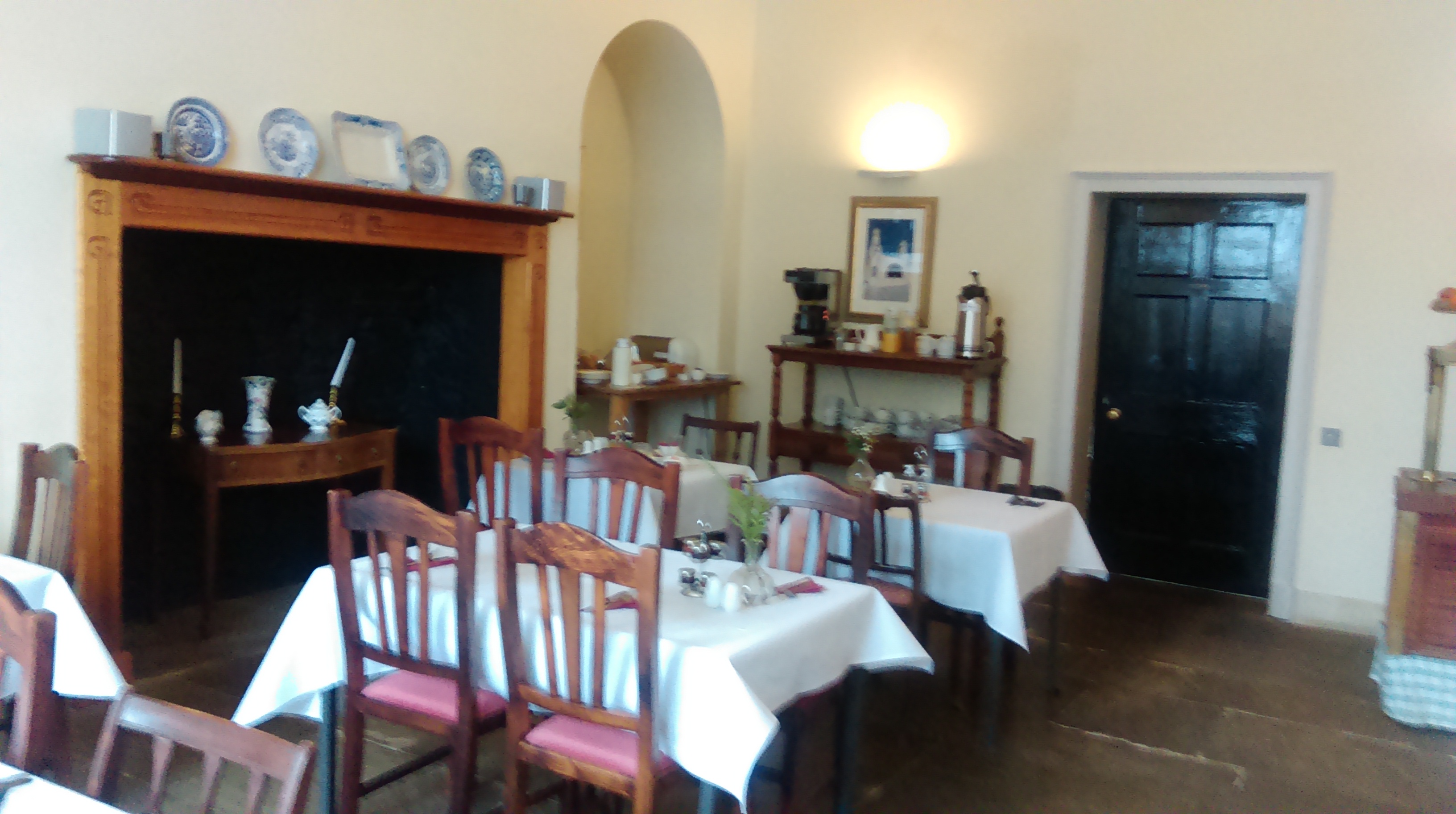 ‘ From 1777 to 1857 Moggerhanger was owned by the Thornton family and in 1784 described as: ‘A neat convenient Dwelling-House, fitted up in a genteel Stile, provided with useful Offices, Coach houses and Stabling, Shrubbery, and Kitchen Garden, on a delightful Eminence, commanding rich Views for a vast Extent.

All that remains of the original structure is a wall at the rear of the Grooms House, pictured left.’

We arrived in Bedford at 2 and got a taxi to the hotel arriving at around half two. We checked in immediately and were shown to our room ‘Mrs Thorntons Room’. Upon entering the room I was literally in awe, it was literally the most beautiful hotel rooms I’d ever seen. I felt like I was in one of the Bronte Sisters’ novels.

I went with a friend who I hadn’t seen in a while and so we chilled and caught up for a few hours. After that we went for a short walk around the hotel grounds and then decided to go for dinner. Obviously, dinner was not included in the prize and also the hotel was not serving dinner on this particular night and so the receptionist recommended we go and have dinner at a local pub, ‘The Guinea’ which was just down the road.

‘The Guinea’ was actually the cutest little country pub; it felt ‘authentic’ and ‘homely’. I don’t think my descriptions will give it full justice though and so I’ll just let the pictures speak for themselves. My friend had a vegetarian chilli con carne and I opted for their ‘Guinea’ burger and chips, we both enjoyed our meals very much. We both had a chocolate brownie and vanilla ice cream for dessert, which was also very nice.

Our cute little table for our dinner (my eyes closed as usual! I don’t what it is but I always seem to blink when taking pictures!)

After dinner we came back to the hotel, chilled for a bit and then went to bed. On Saturday morning we came downstairs and had breakfast in the dining room, there were cereal options and there was also a waitress on hand to take your hot food orders. We ate and then we left ready to get back to London nice and early as my friend had another engagement.

Overall, the trip was lovely it was just really nice to get away to the countryside again for a bit. I’d definitely recommend the hotel!

Have you ever won a UK hotel stay, if so where? If not where would you like to win one? Have you ever stayed somewhere like this? Let me know in the comments below!